Ferrari 330GT 2+2 Spotter’s guide
All 330GT 2+2s have a 4 liter overhead cam, V-12 engine. Although they could have been optioned with different carburetors, they usually came with three downdraft weber carburetors. They all had a live rear axle with parallel locating arms, and Koni shocks on all four corners. Air conditioning was an option for the 330s.

Although some books have split Ferrari 330GT 2+2 into two groups, I will categorize them into three groups, Series one, Interim models, and Series II. The first series is also known as the four headlight model. The second series, although still having the four headlights has many mechanical changes of the later cars. The Series II cars removed two headlights, and became the two-headlight, or single headlight model. Listed below are some of the other differences between models. 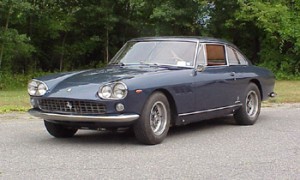 The Series I 330GT 2+2 came with the infamous four headlights. This feature has been criticized by many journalists, but is a look that sets it apart from other cars. Owners who ignore this criticism love the look of their cars and couldn’t care less about what a few writers think!

The Series I has a four speed gearbox with an electric overdrive fifth gear. It comes without the bumperettes as the later cars. 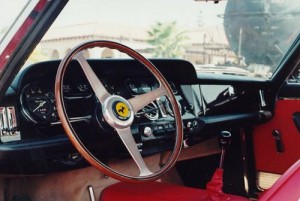 #5759 shows an early Series I painted dash, with the rocker switches mounted on the center of the dash. This car does not have the center console where a radio would be fitted. 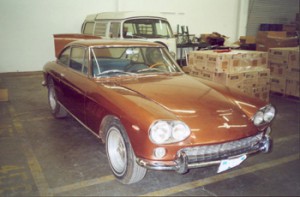 #7537
The Interim cars have a 5-speed gearbox that eliminates the Laycock overdrive. Ferrari also moved the brake and clutch pedals to a overhead hinged design to eliminate a rust problem they experienced with having a floor mounted assembly. 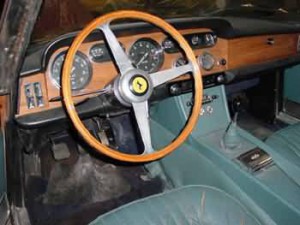 #7537 also shows the change to a wood dash with basically the same center maounted switch layout. You can also see the addition of a center console for a radio. 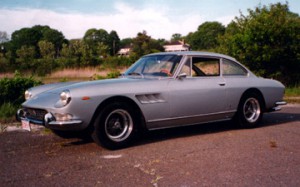 #8095
The Series II removed the extra headlights up front, and the car more resembled the GTC of the same era. Mechanically the car closely resembled the Interim models. 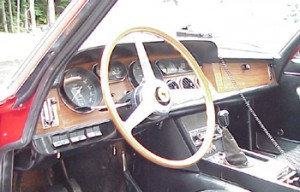 #8755
The Series II has the rocker switches moved from the center of the dash to the far side of driver’s side dash.