GTC Exhaust and Another Survivor GTC 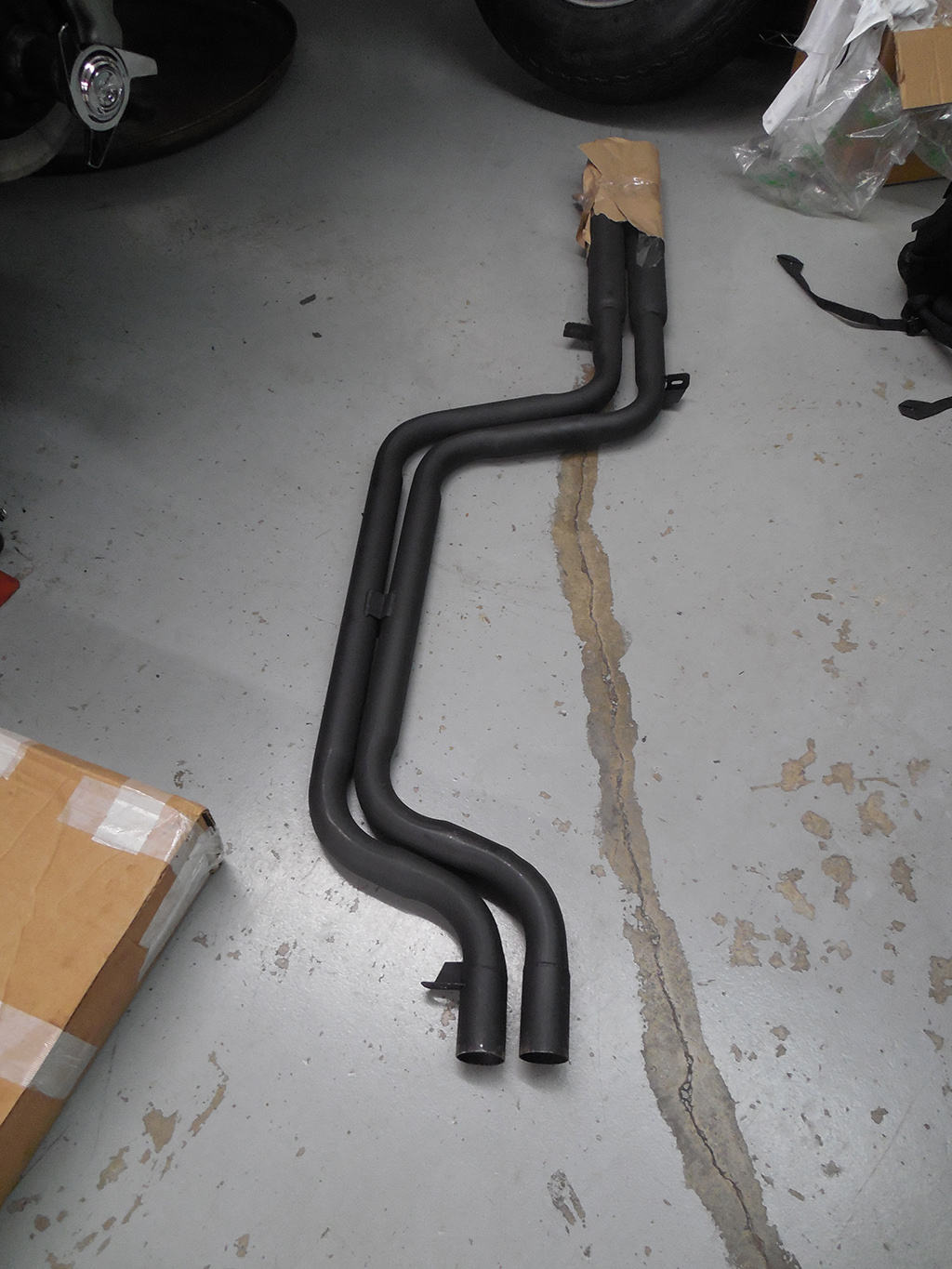 The new exhaust pieces arrived from Timevalve for the survivor GTC I’m preparing to take to Concorso in a month. It’s a very nice replica of the original Ceretto exhaust originally installed on GTCs. Exhaust manufacturers like Ceretto and Abarth stopped manufacturing exhausts for Vintage Ferraris shortly after many of them were built. ANSA became the replacement exhaust that was readily available for Vintage Ferraris since the late 60s. Like most exhaust systems, the factory installed exhaust systems didn’t last long, so most of them were replaced by ANSA systems. ANSA did not become the official factory installed exhaust system until the introduction of the Daytona.

Today, in pursuit of perfection in showing a Vintage Ferrari, judges in the know, look for the original style exhaust systems under the car. The differences are subtle, but the standards of winning a the top levels of a National Ferrari Show are rising, so these details matter. 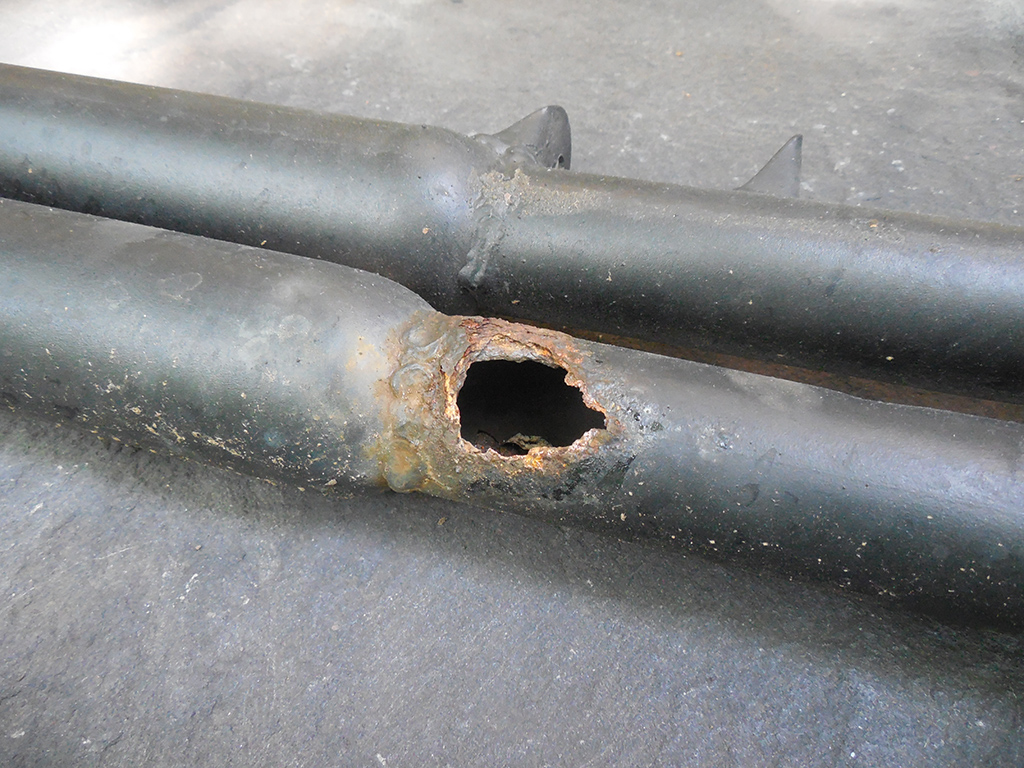 Since the ANSA exhaust on this GTC was rotting in the usual places, now was the time to replace it with the correct style Ceretto exhaust. I just need to get it on the car ASAP! 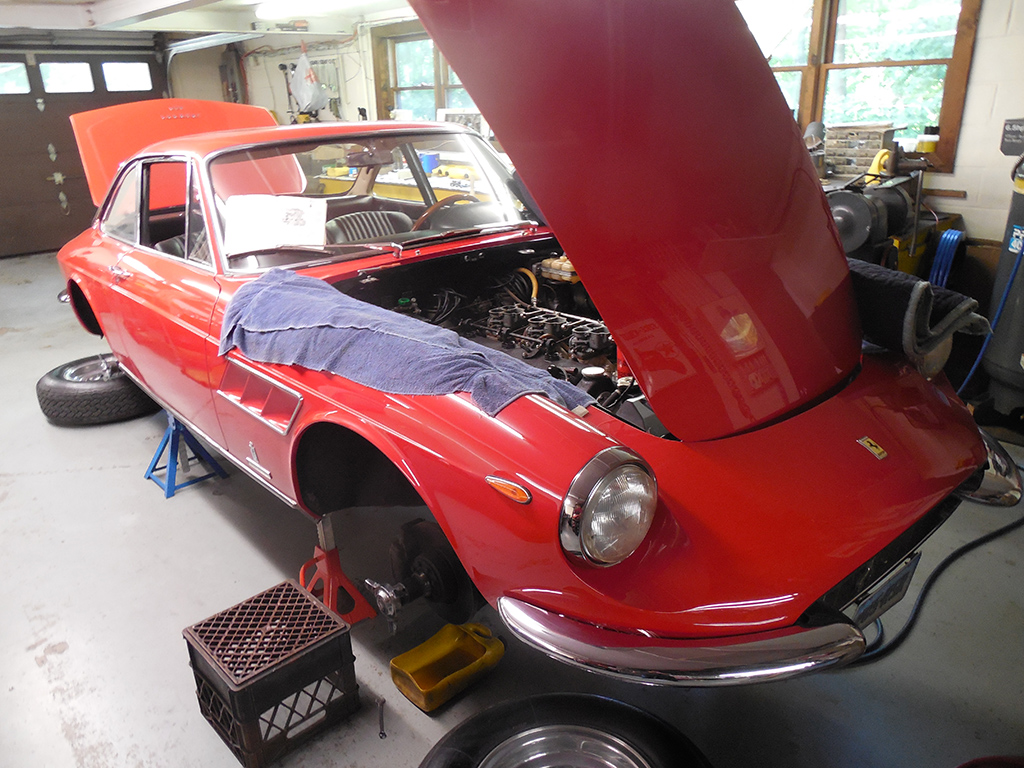 What are the chances of having two low mileage unrestored 330GTCs in one shop at the same time? Another customer of ours owns this GTC with just a little over 20K miles and it too is unrestored and about as original as it can be. 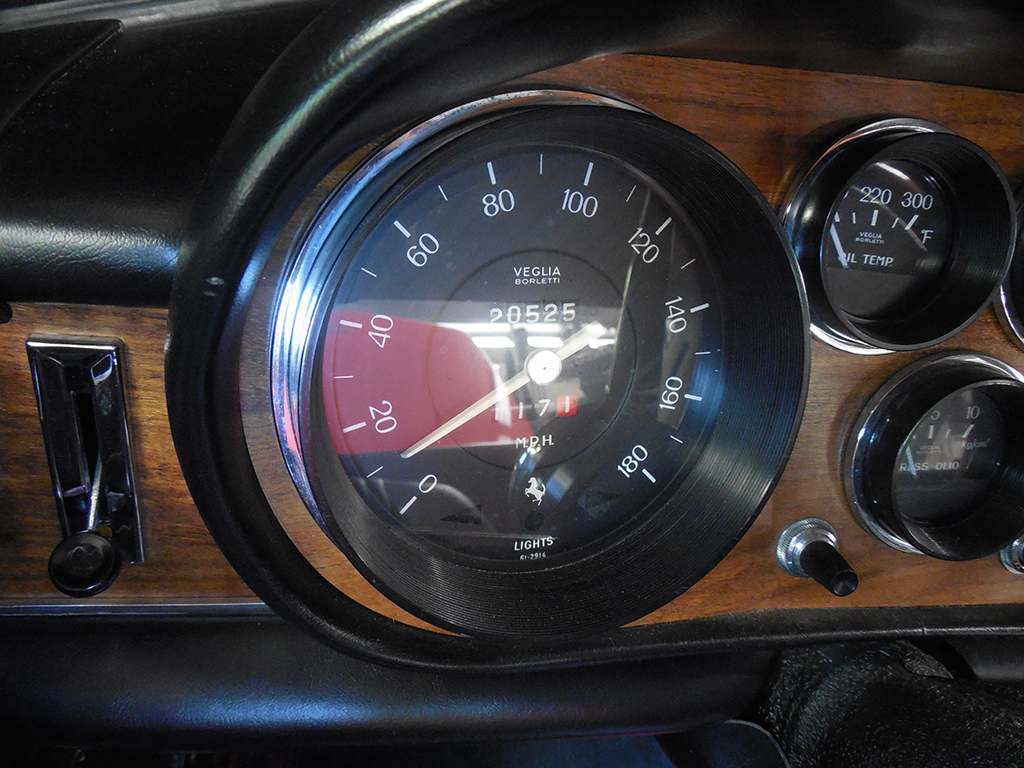 It was a great comparison between this car and the gold car I’m currently preparing for Concorso. The details on these two cars reaffirm what I’m doing to preserve the originality of these GTCs and has been a great tool that very few shops have the ability to see. 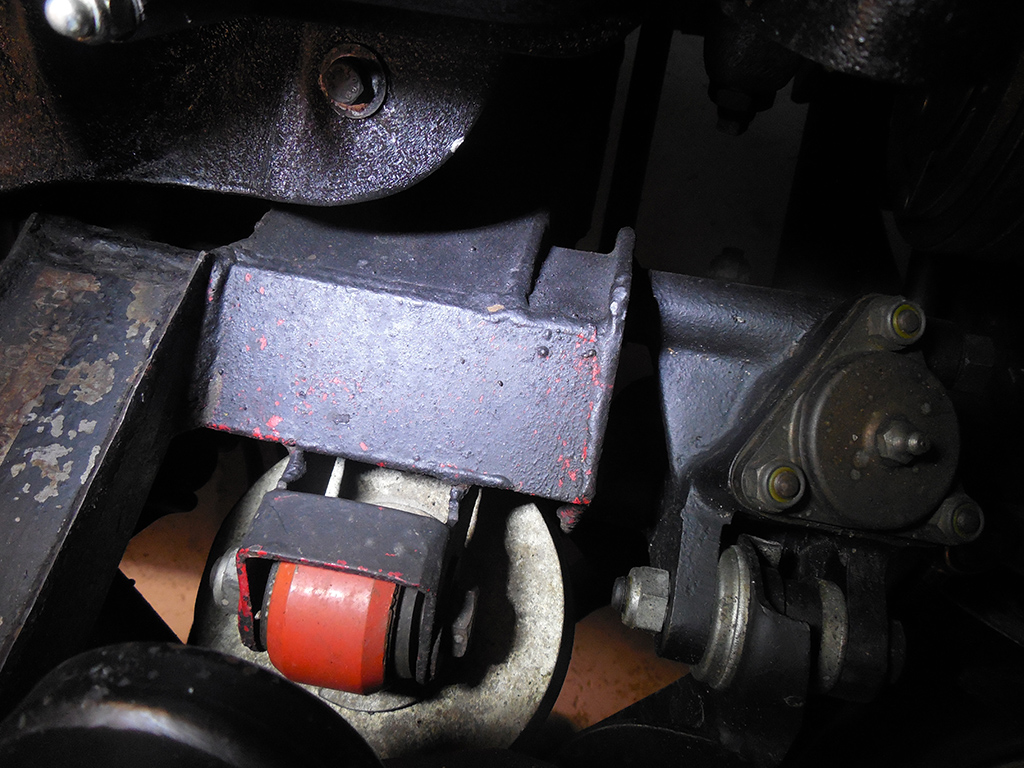 Before I get to work on noting all the details, I needed to fix one glaring error on this GTC. This is another car that has not received it’s front suspension update. I’ve been trying my best for 10 years to tell everyone about the 330GTC Factory Recall and the dangers of not having this fixed. I am always amazed when I meet another current owner unaware of this dangerous situation. Today factory recalls are sent out to owners through a registry of VIN numbers, so manufacturers can find you through motor vehicles registrations and the dealership network, but it wasn’t so easy back in the 60s and 70s. The letter I posted about the recall was sent out to owners, but the date of the letter showed it was three years after the GTC was first introduced to the world. We all know new Ferraris often change hands only a year or two after newly purchased, so this letter probably didn’t get to most GTC owners. I know my notification has informed many unaware GTC owners of this repair, but I’m still finding untouched cars with oblivious owners and shops. I found another car at the National Meet in Ohio without this repair. My public service is never done! 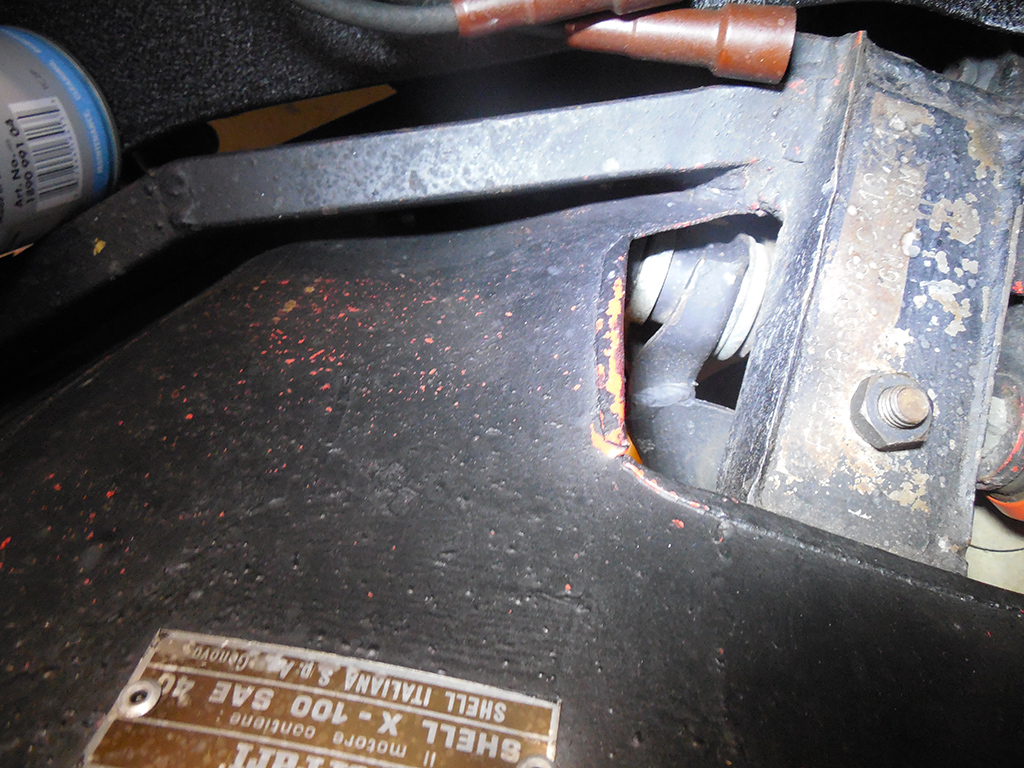 Enough words from the “Safety Police,” let’s get down to the neat details on this survivor GTC. This picture shows the body color showing through the semi-gloss black paint of the engine compartment. Pininfarina must have painted the whole body shell in body color, and came back to paint the engine compartment black. The reason why I’m making a note of this is when judging these cars, they should notice the pattern of over-spray in and around the engine compartments to see what paint is on top. 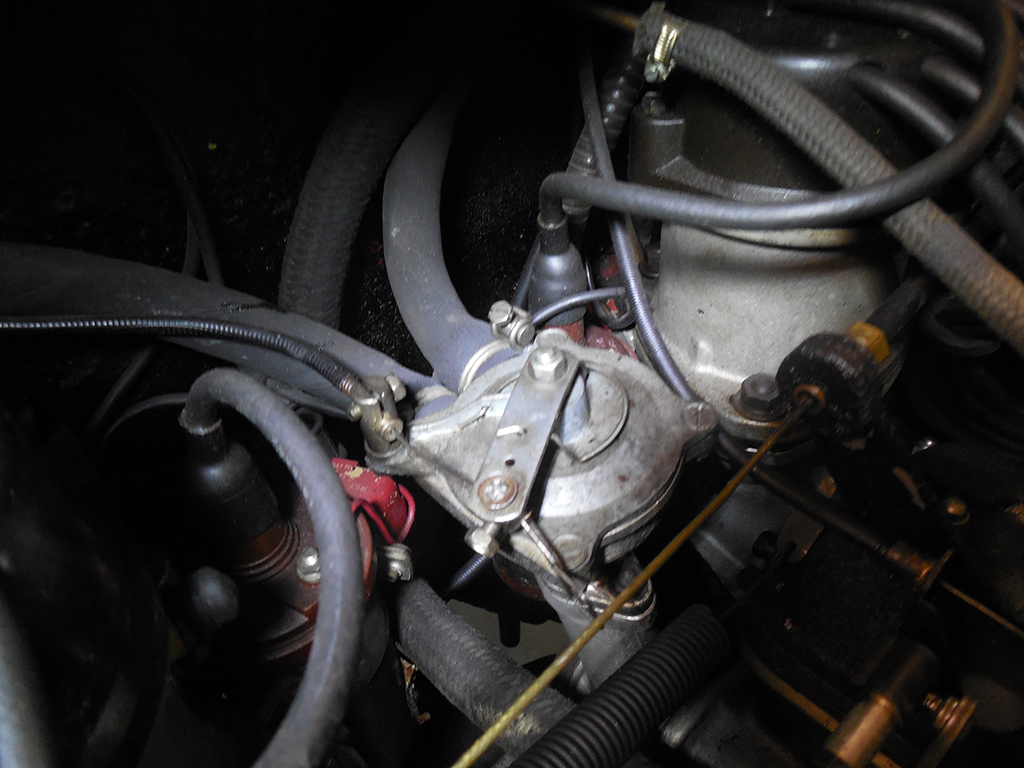 The heater hoses and clamps on this original GTC matches the wire clamps found on the other gold car. 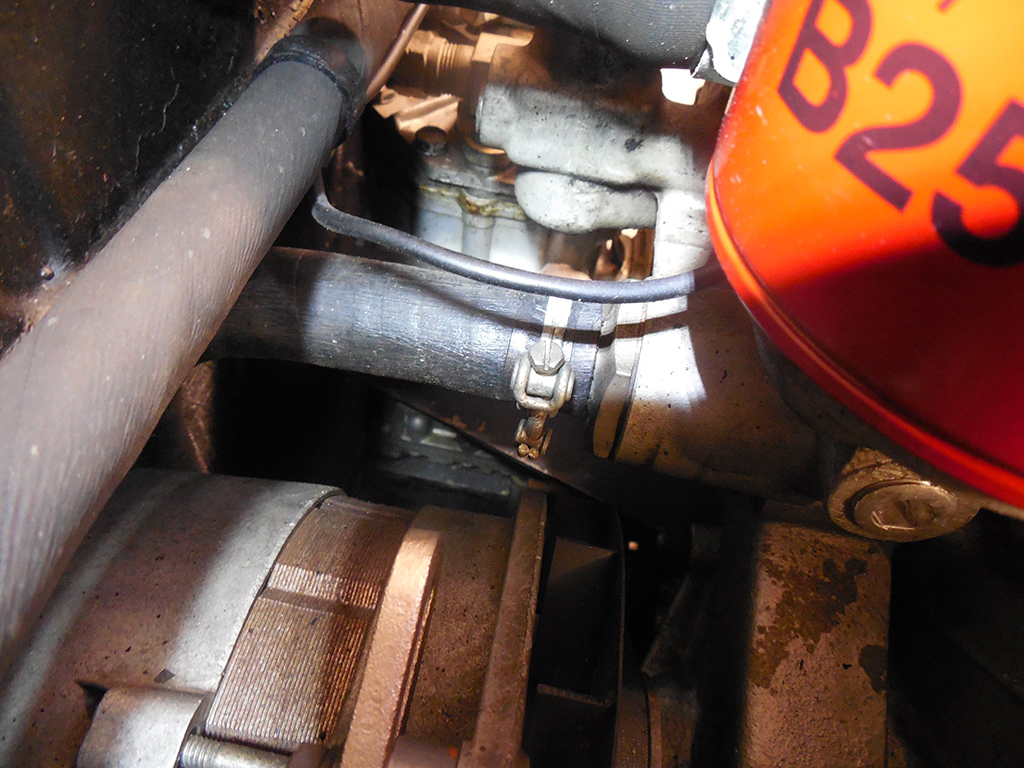 The same wire hose clamp is on the front heater hose coming off the engine. 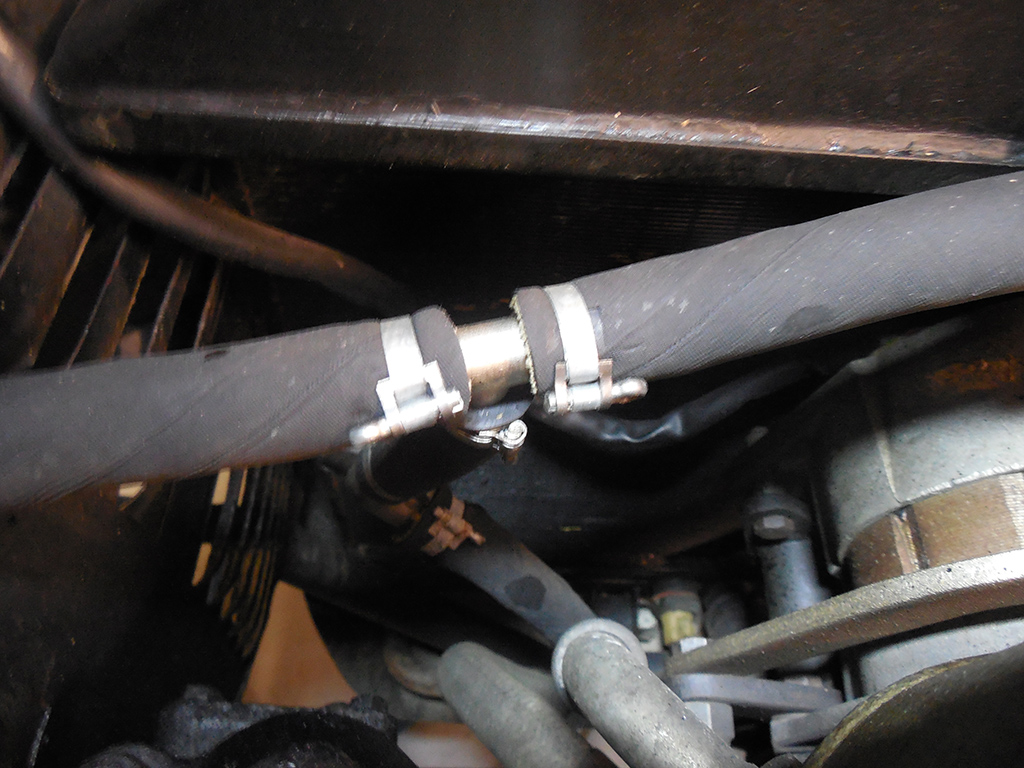 The band clamps however are on the small heater hose tee junction by the radiator. Later 365s used the wire hose clamps here, but I guess 330GTCs were still using the band clamps. 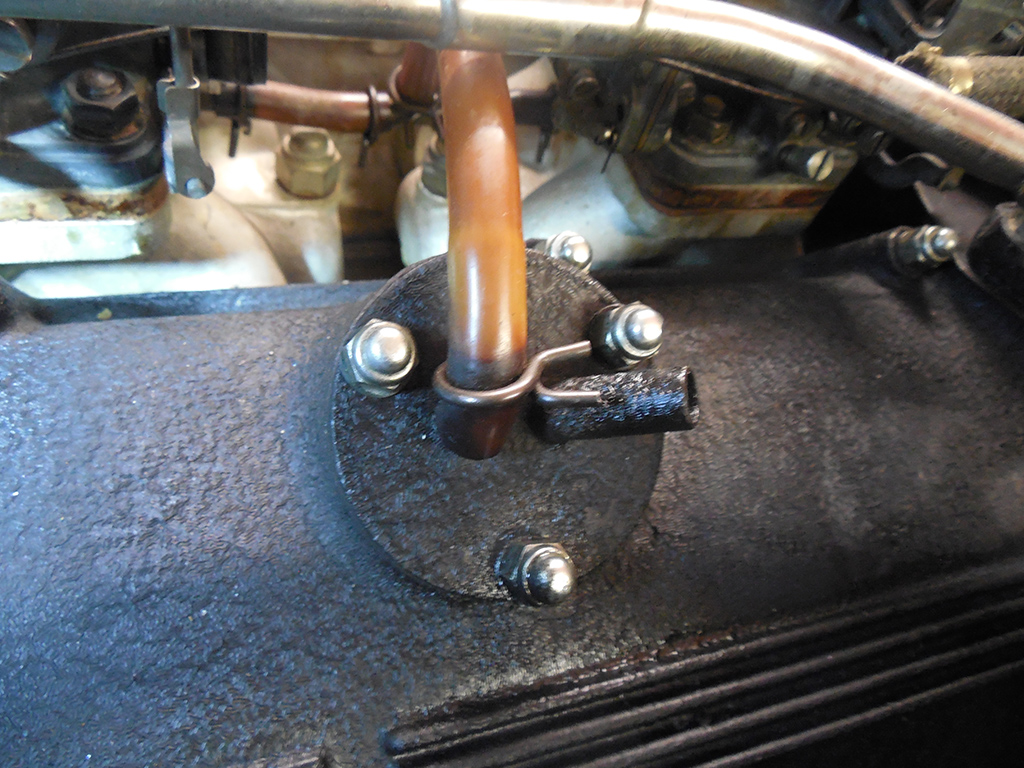 There has been some discussion on whether the air breather hoses on the valve covers are green, clear, or brown. I think there is a consensus that the brown color is from the oil staining, but I can’t seem to find any indication that this hose was ever green, even down where it connects to the valve cover where it wouldn’t have been exposed to the oil vapors. I’m going to say these hoses were probably clear or cream colored, and aged into this darker color through the years.